The biggest market story goes back to rates, even though the bond market was closed here in the United States. The bond market was open everywhere else in the world and UK rates were on the move again, with gilt rising 28bps to 4.34%, while gilt rose 25bps to 4.68%. These are massive moves, and given that the BOE is bidding on these bonds, it’s amazing. Because it seems that the BOE’s attempts to stabilize the market are not working.

Yesterday, the BOE announced that it would increase its daily purchases of long-term gilts to $10 billion a day from $5 billion. Yesterday the bank noted that there had been eight days of deals offering to buy up to £40billion of bonds, but it had only bought around £5billion. Despite the increase in size, the BOE only bought £853m yesterday. It looks like the BOE’s plans aren’t going too well. So you have to ask yourself how much of this move is now a takeover and short-term pressure, or how much of a loss of faith in the BOE’s ability to control things.

Now it looks like the UK 2y has come out of a bull flag, which could mean significantly higher rates.

That probably doesn’t mean good things when the US reopens after its day off, and given that the chart almost looks like the UK 2yr with the same bull flag, I’d be careful to watch that today. today. As I’ve been saying for a while, I think the US 2yr is heading towards around 4.6%. 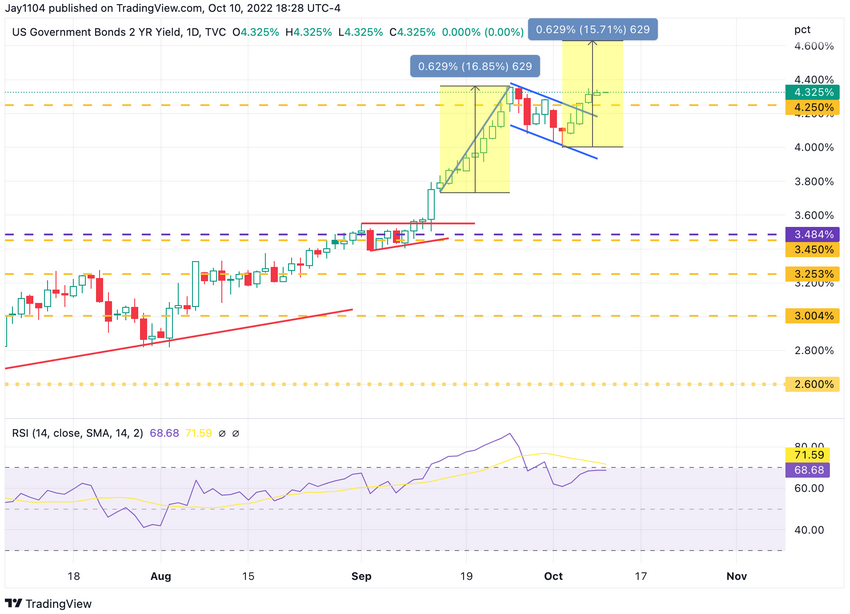 The ETF market was already anticipating a rate hike. The ETF fell around 60 basis points yesterday and is about to break even lower. There appears to be a descending triangle, suggesting that once the support at $104.75 is broken, selling will increase again. 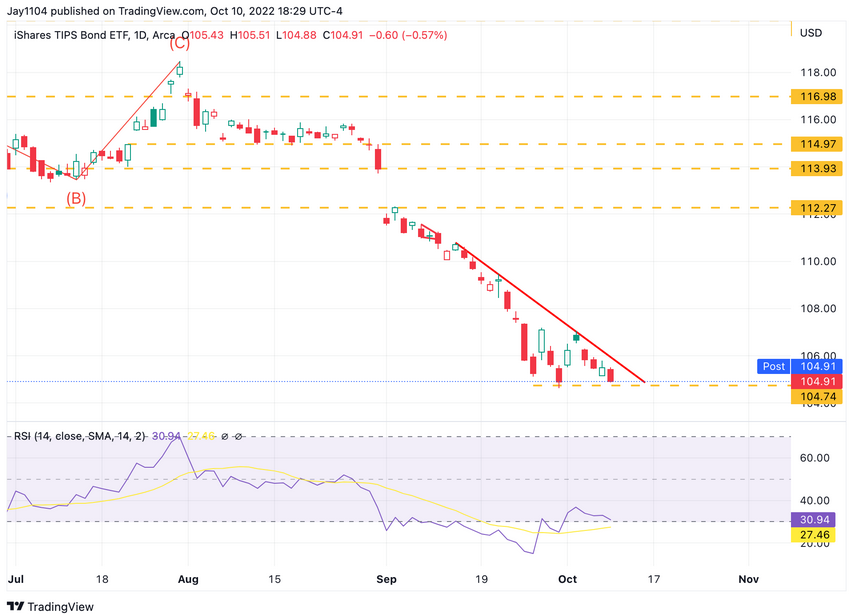 The S&P 500 fell 75 basis points yesterday, and if rates go up again, I think the S&P 500 has to go down further. Last week’s diamond pattern is very bearish and together with the island reversal suggests we will see a new low, and I still think we will probably see 3500 and probably lower, but I don’t won’t go into details at this time. 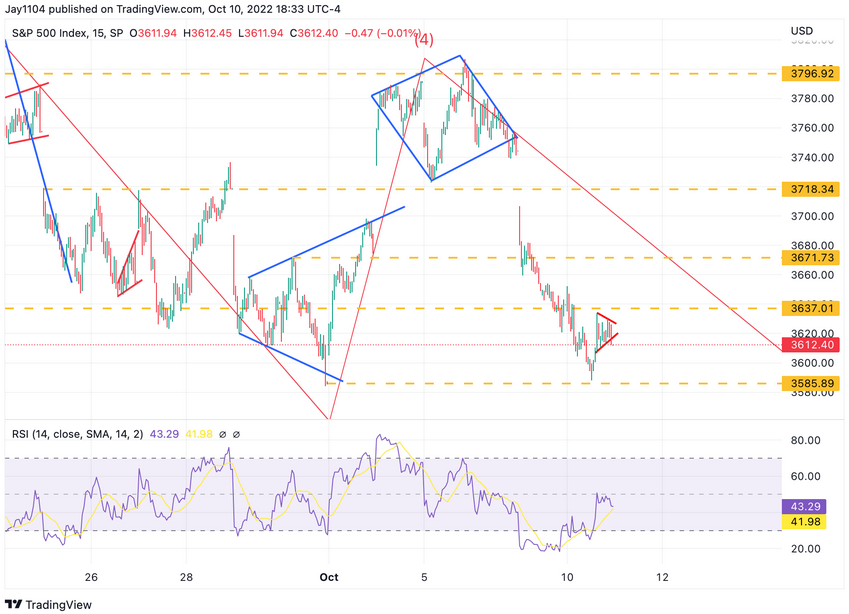 Well, it took a while, but NVIDIA (NASDAQ:) finally got pretty close to my target of around $115 yesterday. A drop below $100 is not out of the question, so I will have to watch this support region to see what develops. 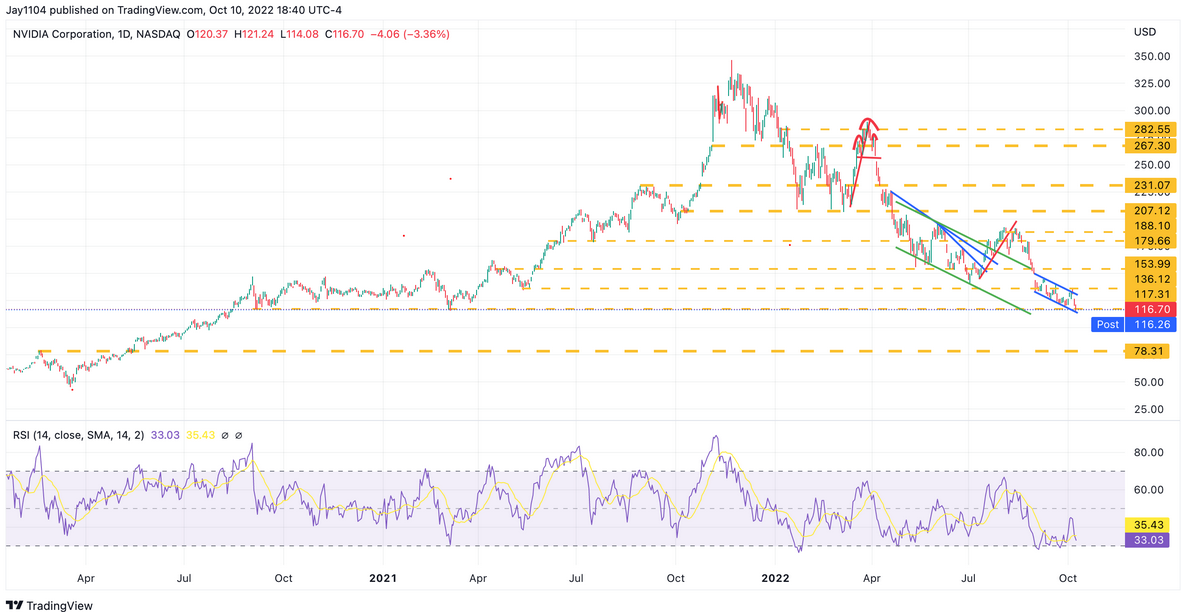 Bank of America (NYSE:) appears to have implemented a Head And Shoulders pattern, and despite its decline, I don’t think it has come down far enough yet, with the potential for the stock to drop back down to $28. 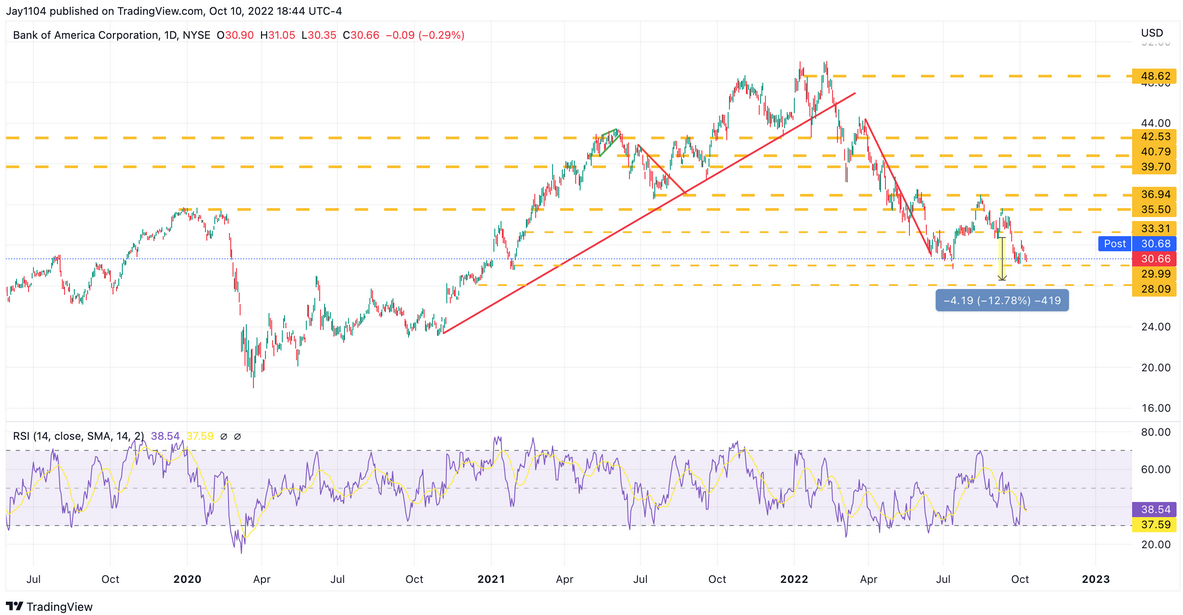 The flag fell off a bear and potentially has room for around $68 depending on the length of the pole and the projection out of the bottom of the flag. 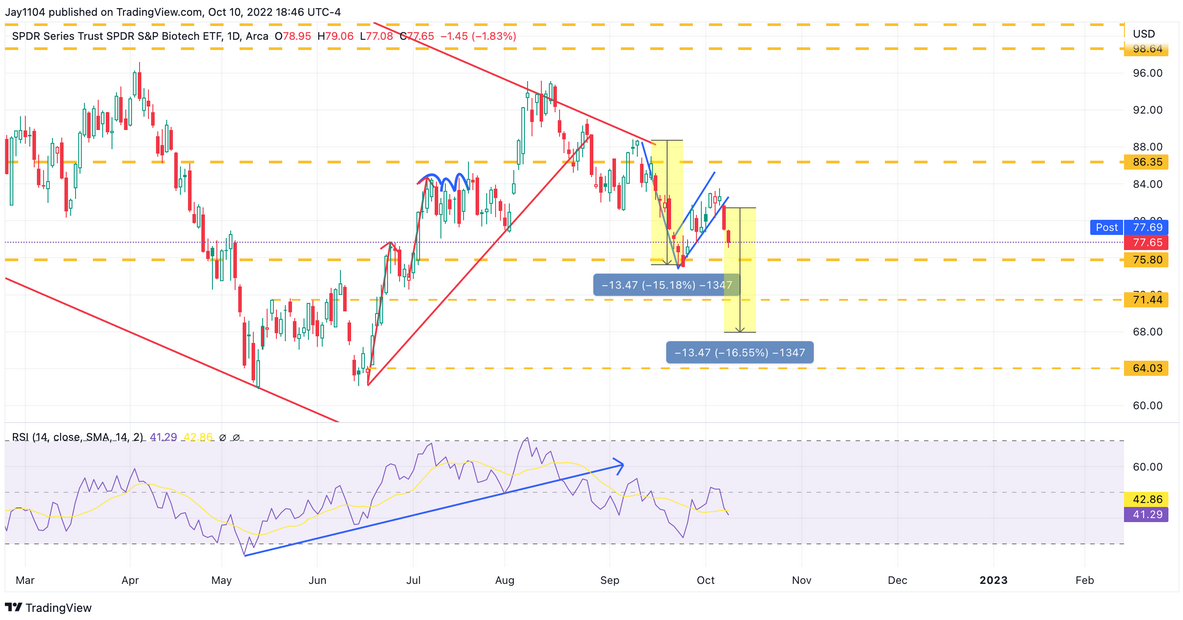